Last time when I was reviewing new releases of Windows Web browsers, I was hoping I could get my hands on a Mac—or at least the money to buy one—so I could review Safari as well. But, I don’t think I would be drooling for it any sooner. I was browsing my Live Bookmarks when I saw a post from WaSP announcing the release of Safari 3 Public Beta for Mac and Windows. Yes, you heard it right … Safari’s new public beta is made for Windows as well!

I don’t think I’d be switching from Mozilla Firefox, though, especially now that Firefox 3 is nearing its release. Besides, common shortcuts I use with Firefox don’t work with Safari such as tab switching [Ctrl+Tab], open new tab [Double-click on Tab Bar], and maybe many more[1] that it has to have some getting used to. But, as a Web developer, it sure is very convenient to have four major browsers—Mozilla Firefox, Opera, Apple Safari, and Windows Internet Explorer—on a single box for cross-browser testing.

Contrary to what Yuga said, I think Safari is fast. It loaded my home page’s Extended Live Archives and some other DOM scripts lag-free. But, the startup isn’t as fast as Opera’s still.

So if you will, you could download Safari 3 Public Beta from Apple. 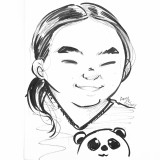 Aja is an Electronics and Communications Engineering graduate from the University of Santo Tomas, and a freelance Web developer who cooks up more XHTML and CSS than the food he eats.

9 replies on “Safari 3 Beta for Windows”

i think Firefox IS better too, though i like the look of Safari more… haven’t used it yet but I’ve seen it on one of classmate’s Mac laptop

That’s good news. I’ve been wanting to check my site in Safari for a long time now. The Macs at church are for teaching purposes so they don’t have internet. 🙁

I would like Safari for Windows better if it features the pinstriped Aqua theme, but it doesn’t. It looks just like an iTunes/Win that acts as a browser. So … no points to Safari/Win (and to iTunes/Win as well) from me for UI design. 😛

I tried switching to Opera for a while but gave up soon after because I was much too comfortable with Firefox to just ditch it like that.

This is indeed good news. I’ve never, in my whole life, touched a Mac yet, so just anything close to the browsing experience it gives should be fine. LOL.

Thanks to you, I found out about this! yay! RSS feeds looks way better in Safari.

Shari, I admit I was about three inches away from touching a Mac, but ’twas my professor who was using it so I had no choice but to step back. If only a friend was the one using it, maybe I already had my chance. This is a just little step to having a Mac. And, for now, it will suffice.

Wake T-rex, yes, I’ve witnessed. But, I have yet to try every link/option that comes with it, though.

Safari for Windows, for me, had lots and lots of rendering errors.

Ade, I have actually read reports that Safari/Win does produce lots of errors—even on the WaSP Acid2 test. Surprisingly, mine doesn’t. So, I really do not know what influences their manifestation.